As It Occurs To Me - Secret Stand-up

So what happened was Richard Herring decided to write and record a
weekly internet based topical sketch and comedy show. And he thought
he'd write it the night - or sometimes a few hours - before it was
recorded. And if this wasn't enough of a creative surge, he would
introduce each recording with some semi-improvised standup.

As you know, I can't bear to have any comedy gold lost so I thought
we'd put these six warm ups out on a cd. But then what happened is a
team of students led by one Rich Smyth (no relation) filmed one of
these standup intros - and a full episode of As It Occurs to Me! So
they had to go on the cd. And it turns out the best format for video
on a disc is a dvd. So that's what we have ended up with.

So what you get for your money are six mp3 files which you can copy to
your ipod, and if you put the disc in a dvd player you get those same
audio files and a video version of episode four of AIOTM! (aiotm).

As It Occurs To Me - Secret Stand-up 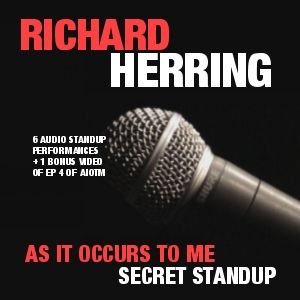 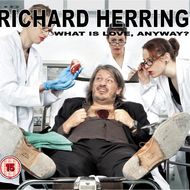 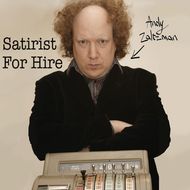 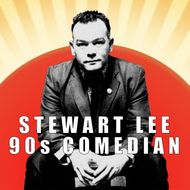 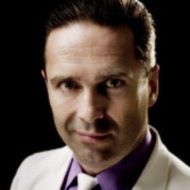